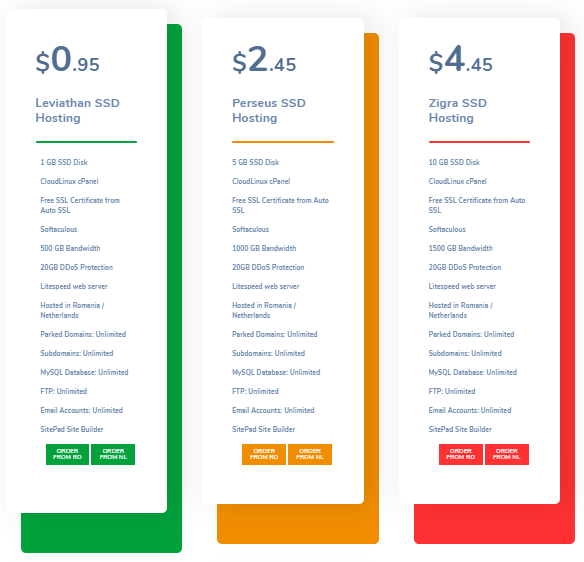 – Faster Speed: This is one advantage of SSD hosting that is hard to overlook in today’s web hosting scenario. Sites can be made to load up to three times faster than those hosted on HDD servers. Higher Reliability: SSDs are a lot more efficient when it comes to read/write operations, and capable of performing admirably even during peak use hours. These servers are also more durable, owing to their lack of moving parts. Eco-Friendliness: Solid state drives or SSDs take up less power for operation than traditional HDDS, which makes them far more preferable from the environmental perspective.
– Anyone running an ecommerce store or a large blog knows the importance of being able to achieve rapid and frequent inputs and outputs. With growing popularity and traffic, you would start seeing a lot of simultaneous I/O requests, particularly at peak viewing times. Any other hosting storage option would slow down because of this, especially HDD servers with their restrictive mode of operation based on mechanical heads.hosting option beats the problem by having no moving parts at all. The only limits to transfer speeds are tied to network speed. Our SSDs are benchmarked against HDDs, and the former consistently outshine the latter.
– It matters how long it takes for your server to retrieve data, and this in the case of an HDD is dependent on the disk’s rotational latency, as well as the time taken to find the intended piece of information. SSD’s have neither problem. In comparison, hard disk drives end up taking up to 20 times as long just to access data during peak use times.
– HostSailor, the best shared hosting providers, allows you to host all data types on its shared solid-state drives. That means, for example, you have the option to host a personal blog on one domain, and a static website on a different one; and manage both from within a single hosting account. We do not place limits on the ways you can use our hosting services.
– Our servers use RAID cards with non-volatile caching and battery backup, set in place against power loss. The main benefit of this is that unwritten data can be stored safely in cache, up until the time when the server is brought back up. This data is then recorded the normal way. If the rare SSD failure does occur, we make sure that it does not impact you. Our backup drives maintain total data integrity across our servers, which means you can rest assured that your data is safe with us.